With our Fall issue, A BAD PENNY REVIEW has officially completed a year of “Murdering Your Darlings,” our feature examining writers’ revisions from a craft perspective. We note this milestone in two ways: by offering our first poet’s inclusion in the series, Walt Whitman, as well as an overview of the various writers’ work we’ve examined so far. 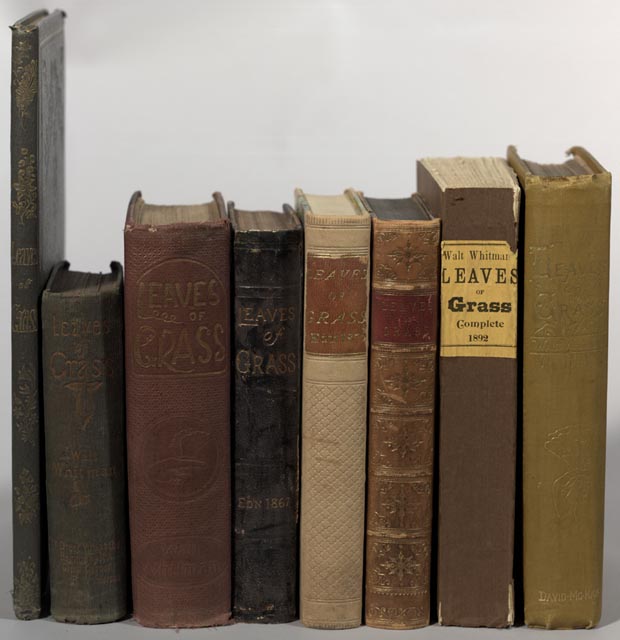 Whitman is, of course an ideal choice for “Murdering Your Darlings” due to the fact that the bulk of his career was spent revising a single manuscript. In his lifetime, Leaves of Grass cycled through no less than nine editions, with six being wholly distinct. The most obvious differences in the editions concerns the numbers of poems, which swelled from 12 in the first to almost 400 in the final. More subtle, but no less interesting, are Whitman’s revisions of those initial 12 poems, particularly “Song of Myself” (originally untitled), which we’ll look at here.

Whole stanzas are excised over the editions, and a title and numbers are added, but what I find most fascinating are the very specific line revisions, particularly in regards to punctuation. A prime example of this occurs in the following stanza, not coincidentally three of the most famous lines of poetry in the English language. Here is how this stanza appears in the first edition of 1855, the edition of 1860, and the final “deathbed edition” of 1891-1892.

Very well, then, I contradict myself,

I am large — I contain multitudes.

Very well then I contradict myself,

(I am large, I contain multitudes.)

As you can see, the words and line breaks are identical here, but the punctuation of the last two lines morphs in pretty much every way possible.

Most obviously, Whitman has conquered his addiction to ellipses by the 1860 edition, and their removal has a marked effect. With the ellipses, the lines have an endless, rambling quality (try reading them aloud, and you should hear it). The poem itself shares this quality, of course, no matter the punctuation, but making the rhythm more crisp through the substitution of commas and a hyphen downplays this in the line work.

Whitman changes the rhythm again in the final edition by eliminating the commas around “then,” consequently speeding up both the line and the stanza. Most significantly, however, he follows this by adding parentheses to the third line.

What are we to make of this enclosure? Unquestionably, it has a curious effect. While grammatically the parentheses should make the enclosed words less important—“material you wish to deemphasize,” in the words of one grammar guide)—the effect here is just the opposite: the line is highlighted through its presentation. The parentheses give the line the appearance of be slipped in as an afterthought, but instead draw particular attention to the words inside them: “I am large, I contain multitudes.” (This is a slippery and subtle art.)

In fact, the addition of the parentheses formally echoes the line’s image of containment, which just further demonstrates that punctuation means everything to the poetic line; the smallest changes can have the most dramatic effects. This is just one of the lessons to be found in Whitman’s multiple editions and endless revisions.

Take a look for yourself.

Continue: A Year of Murdering Your Darlings

The Doppelganger Addresses her Reflection in the Mirror

This is a Letter to Virginia Woolf